Okyay Flour for Your Health

Our first flour factory was established in 1947 by our grandparents Ömer Okyay and his brother Eyüp Okyay at the address of İstiklal Caddesi 262 in Biga Center. The factory was operated by our grandfathers until 1961 and its activity was terminated this year.

Considering the developing conditions, it was decided to build the factory opposite the Commodity Exchange in 1994 and ended its activity in the old factory. In the same year, Okyaylar Gıda San. ve Tic. Ltd. Sti. received the title. In 1995, the construction of the factory opposite the Commodity Exchange started and the flour production business was resumed at the newly built Flour Factory on 02.05.1996.

At the same time, the Company owners created a new board of directors and brought Mesut Okyay, Necdet Karamyptian and Mehmet Gürsoy (left the company on 13.04.2010) to this position. The company continued its activities in the newly built factory and it was decided to build a new factory on the land purchased in Doğancı Village in 2004. Between 2004 and 2008, the construction of the Steel wheat Silos with a capacity of 7,500 tons and the factory with 500 TON / DAY CAPACITY was completed. We started our operations on 15.05.2009 in our facilities, which is the second largest factory of our country, in a single-unit system whose investment was completed at the end of 2008.

In addition, our company has the rightful pride of being one of the few Turkish Flour Factories that received the BRC FOOD TECHNICAL STANDARD (Consists of HACCP System, Quality Management System, Facility Environmental Standards, Product Control, Process Control, Personnel Departments) of the ENGLISH RETAILERS ASSOCIATION. 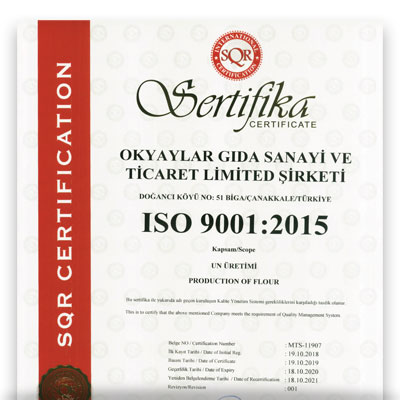 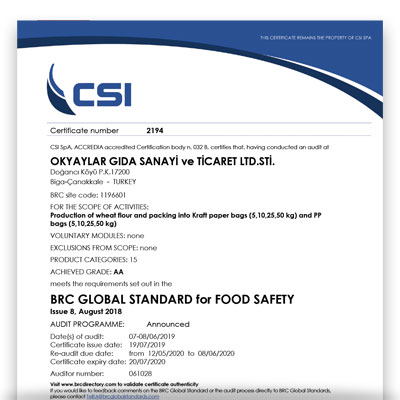 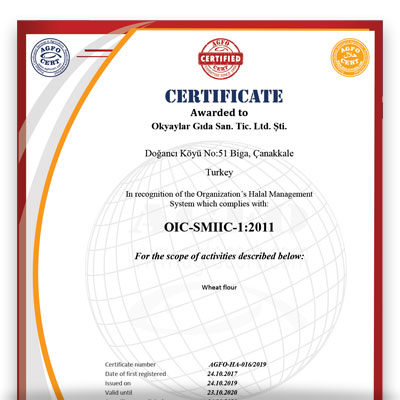 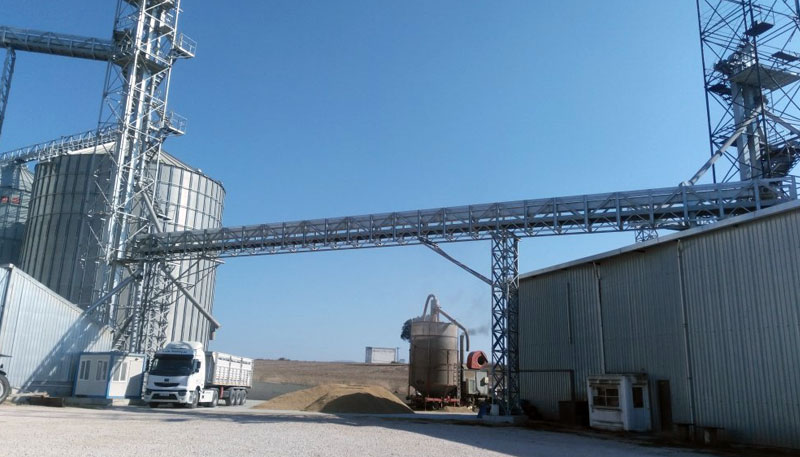 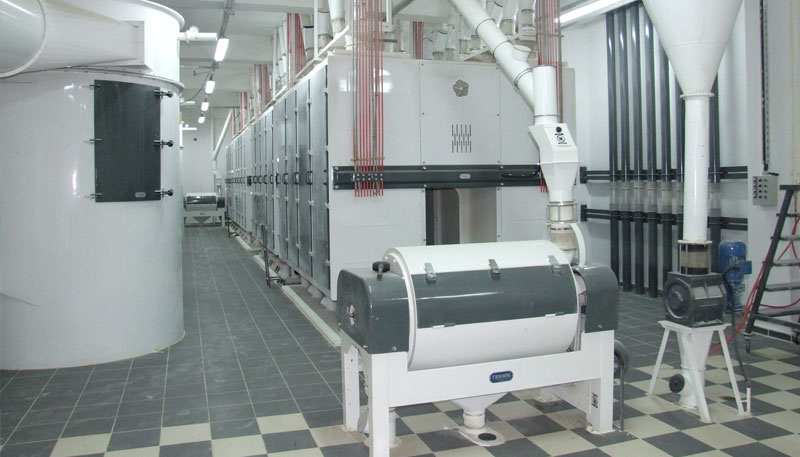 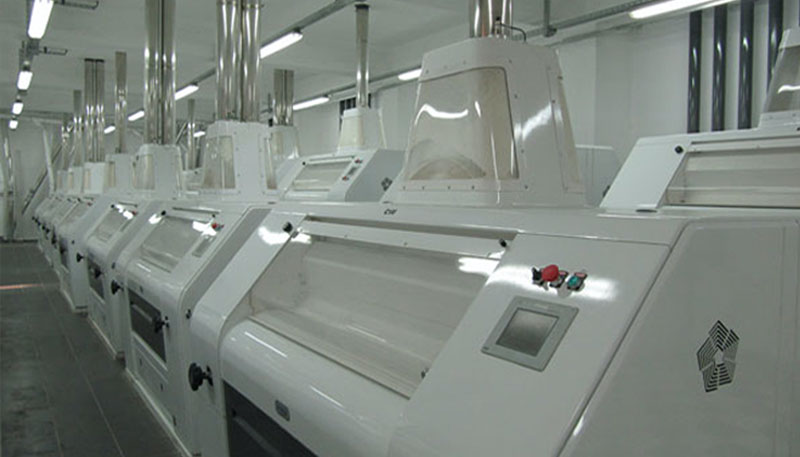 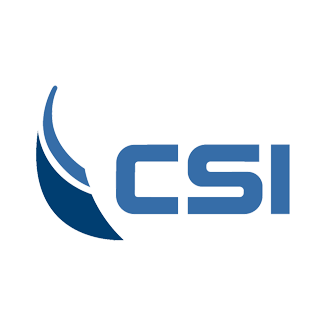 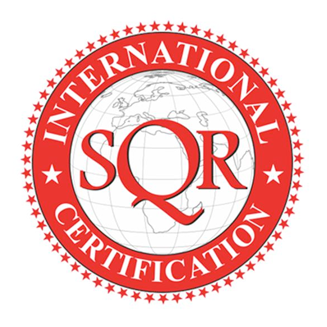 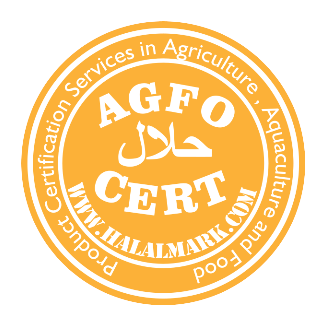